– “Micro Theatre” is a series of exercises in self-restraint – according to Tomasz Plata, the curator of the event. Komuna//Warszawa has invited a number of well-known artists to prepare shows which will fit into a set of precisely set out criteria. “Micro Theatre” performances can last a maximum of 16 minutes, the team involved cannot number more than four, with just two microphones, a few lights, one video projector and one small prop at their disposal. No limitations have been set when it comes to themes. A single evening with “Micro Theatre” means three different shows. “Micro Theatre” is also an attempt to reflect upon the various ways we produce theatre. Does theatre always have to involve a massive production machine? How much can we restrict its production parameters, and at the same time maintain quality? Would a more humble theatre also be more democratic, more accessible?

– In Poland, we have a strong tradition of “poor theatre”, which tried to utilise the simplest and cleanest forms. In “Micro Theatre” other contexts and inspirations are more important – according to Tomasz Plata. First of all, there is TED – the global phenomenon which involves conferences constructed from short, quarter-of-an-hour presentations. Secondly, there is the Dogma Manifesto, published by Lars von Trier and Thomas Vinterberg in 1995 as a set of 10 commandment-instructions for those producing independent film. Thirdly, the experimental literary practices of the French OuLiPo group, which impose upon themselves limitations in methods of working. “Micro Theatre” is also a reminder about the little known and understood tradition of performative actions in Poland, where theatrical shows have been enhanced through the use of visual arts, especially conceptual arts. If one were to look for precursors of “Micro Theatre”, one would have to point towards Tim Etchells, Tino Sehgal and Jérôme Bel. – Preparing for this kind of show is a challenge bigger than its name would suggest. The timescales are too long for a single idea, and too short for a classic narrative. One has to invent a new formula – says Grzegorz Laszuk from Komuna// Warszawa. The 2016 season consists of four premiere evenings. In total – 12 micro plays. Those invited to take part include: Paweł Łysak, Anna Smolar, Komuna// Warszawa, Michał Borczuch, Justyna Sobczyk, Weronika Szczawińska, Romuald Krężel, Iga Gańczarczyk, Marcin Liber, Grzegorz Jarzyna, Wojtek Ziemilski and Anna Karasińska.

The Lublin iteration of the project involves the creation of three new plays. These will be delivered by Joanna Lewicka, Ludomir Franczak and Janusz Opryński.

The micro-theatre idea has numerous advantages: it is no news that in the turbulent world of the arts “limitation” can mean the same as “liberation” and “inspiration.” Personally, I also think that in theatre “shorter” does mean “better” and am pleased that the spirit of Georges Perec seems to be at the heart of the micro-theatre formula. Not all the rules-restrictions are good, however – Polish theatre makes its own artists too used to some of these for our own overall good.

What is there to say in 16 minutes? How to say it? Will it still be theatre? Will the person walking out on stage still be considered an actor? Working on such a show, we lose our bearings. Everything is possible, and nothing is allowed. I think we will add extra limitations – maybe that will help.

Komuna// Warszawa is an independent theatre based in Warsaw, Poland, experimenting within the fields of theatre, dance and visual arts and music, it is also the place where the most interesting performative and interdisciplinary events in culture are produced and presented, situated beyond the boundaries of mainstream trends. 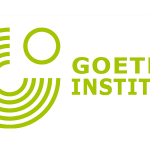